Automation: Radio vs Cellular - Which one is the winner?

Radio vs Cellular: We break down the difference and find out which one is right for your irrigation control system 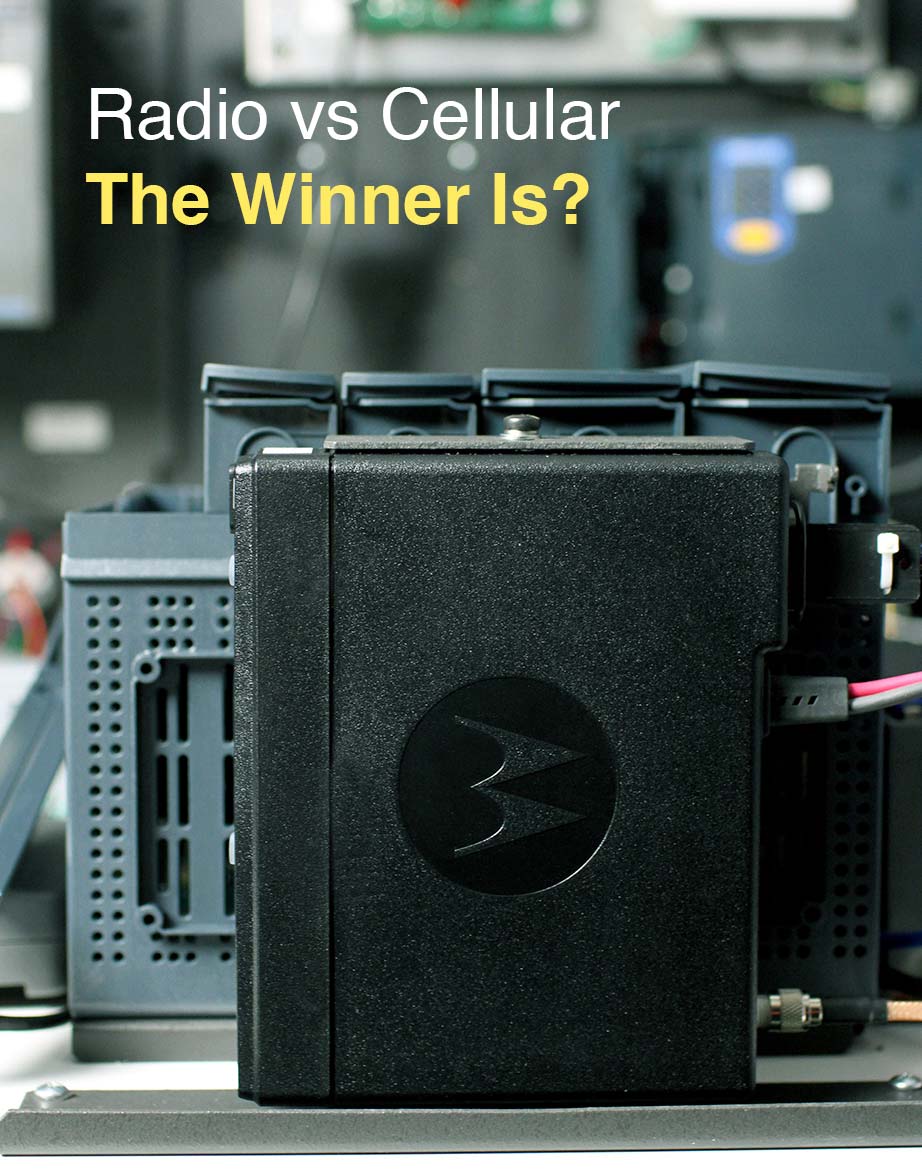 Irrigation Professionals and Growers are faced with a ever-larger selection of choice when it comes to irrigation automation control and monitoring technologies. With this, it is up to the end-user to make an informed decision on which features and technologies are the best fit for their operation. End-users need to consider their own Irrigation System requirements, operational needs and location–among other factors–before making the final buying decision, as with any investment.

In this Perspective, we will help breakdown the difference between the two most common wireless technologies in use today when it comes to Field Irrigation Control, Remote Pump Control, Reservoir Level Control and even Soil Moisture Monitoring systems. These two technologies are Cellular with a 900MHz Mesh Network (We will call these Cellular to keep it simple) and the IP with UHF Licensed Wide Area Network Conventional Radio System (Let's call this one Radio). When our team talks with our existing and new customers it seems there is a so called "Black-Hole" in the understanding of the options available and the benefits and drawbacks of each technology.

Get ready to become an expert in both, so that when it is time to decide, you can be the expert!

1. Cellular based systems that utilize 900MHz to 2.3GHz (Radio Spectrum, more on this below) mesh radio technology between cellular base stations

While cellular has its' merits, particularly in the initial cost of purchasing an irrigation control and monitoring system, the long term cost-benefit is in favor of Radio Technology. But cellular has something going for it, as in the case of being easier to setup due to the fact that the communication is handled via the cellular provider (such as Verizon) and not by the actual irrigation control system. Of course, the downside to this is that operators will be paying the irrigation control manufacture fees for the system lifespan in order for it to operate.

Getting a tad technical

In any typical irrigation control system there will be remote devices, sometimes referred to as "nodes" that are sitting out in the field connected to one or more valves, flow meters, and/or sensors, and then there are router devices commonly known as "base stations", which are usually sitting at pump/filter stations to control/monitor the local stations (valves, pumps, the mainline, connecting to a flow sensor, etc). They also play an important role for the purpose of being a communication gateway to the internet for remote access/control.

With the Motorola Irrigation full radio system, all the nodes in the field talk to only one base station, known as the IFI, or IRRInet Field Interface (some larger systems use Motorola IP MDLC Routers (Radio Protocol) to extend the reach of IRRInet systems across hundreds, if not thousands of miles to connect to the internet indirectly via radio, while the Cellular systems use a series of base stations to connect nearby nodes that need to have a direct line of site to the base station. The base stations in these systems are connected via cellular to the manufactures server or cloud provider (like Amazon), while your field data is collected, aggregated and sent back to your computer or phone – we will cover this in another post. To understand the reasoning behind why cellular systems need more base stations, we need to look at the fundamental structural differences in how these systems communicate.

Regardless of which system, they all rely on basic principle of sine waves within the electromagnetic spectrum. Let's get familiar with what this spectrum is telling us.

The three parts to the sine wave we need to know are Frequency, Wavelength and Power:

1. Frequency. This is basically how many electromagnetic waves will pass through a given point every second. You can measure this by counting the crests of each wave (the highest point in the wave), which provides a value in Hertz.

2. Wavelength. This is the actual distance that you can measure between two of the highest points in a wave, or the period. Wavelengths can be shorter than the size of an atom for some waves, and longer than the diameter of our entire planet!

3. Power. This is the electrical transmission power coming directly out of the radio in Radio Frequency (RF).

What may be confusing is that Cellular systems still utilize a form of Radio. The Nodes utilize radio between them and the base stations on a 900MHz to 1.5GHz spectrum, while the cellular base stations operate on the 2.3GHz and above spectrum (for 5G, this would be 5GHz, that's a lot of sine waves in a very tight area!). While on the illustration above it would be hard to see the difference, as these are fairly close together as far as the Electromagnetic spectrum is concerned, it is significant in real-world applications, such as Wireless Irrigation Control and Monitoring systems.

Longer Wavelength, is a lower Frequency

In really simple terms (for the sake of not making this post 18 pages) the Motorola system operates in the lower frequency range, usually between 240-470MHz, which would look closer to the top sine wave in the illustration above. Let's say we were sending a text with the word "Yes", both sine waves will send the same data, however, the lower frequency will need more distance to send the same "Yes". Because  of the larger size of the wave, it can penetrate materials and obstructions easier over greater distance.

On first impression, you may think this could slow the system down, and earlier on we mentioned that the radio system is faster. How can this be? Because a Wireless Irrigation Control and Monitoring system is not sending 4K video over the air. The amount of data sent is actually incredibly small compared to say video streaming, or even a picture. What slows a Cellular system down significantly are the cell networks and the Manufactures' servers that have to collect, store, aggregate and send data back to the field. In some cases, this delay can be longer than 5 minutes, while a Radio system has near instant communications.

Power to the Radio

Another significant factor that makes the range of the Radio system significantly longer than the Cellular system is the power of the radio. In the Motorola Irrigation system, radio power ranges from 4-45 Watts. The Cellular/Mesh Telemetry systems utilize 100mW (Milliwatts), that is roughly 40-450 times less the power. High power radio is ideal when in an Agricultural or Municipal environment. It is not prone to weather performance issues that degrade signal, such as wind or rain, and can travel vast distances, and through structures. This radio technology is similar to what emergency responders use in their patrol vehicles to ensure reliable and flexible communications.

But which option is better? Better is subjective and depends on your specific needs.

Let's do a cost-benefit ROI breakdown on an identical ranch.

For this example, we are looking at full wireless Irrigation Control and Monitoring for a typical 400 Acre Ranch:

In the diagram below, we are controlling the exact same field with both systems, however, the Cellular system requires 2 additional base stations to achieve the same results, due to the limitations of the 900MHz radio (as we covered above).

If we quickly run these numbers, assuming we spread the costs over 10 years we get:

Adding back in the recurring fees, we get a total cost of $44,618 for the cellular based system.

Let's look at the Radio system:

Adding back in the license costs, we get a total cost of $24,300 for the radio based system.

Note: These numbers will change based on your actual system requirements, location and size. Also, while the Radio system is offered without any recurring fees, there are options for cloud-hosted Motorola Irrigation systems, which do have a cloud subscription cost, albeit significantly lower than the cellular systems due to the fact that you are not paying for the cellular data, and only for the cloud hosting and software.

While we have only touched the surface of the differences in the two primary communication technologies utilized for wireless irrigation control and monitoring systems we hope you have learned a little bit more as to the differences between these two technologies. Of course, these are not the only options available today. We focused on the most common ones. While currently the only system available today that is truly a Radio system is IRRInet by Motorola. Keep in mind, the other technologies provide their own benefit. Ultimately, it is up to you to select the best system for your needs.

Have questions or want to know how Branif Systems can automate your Water and Irrigation operations? 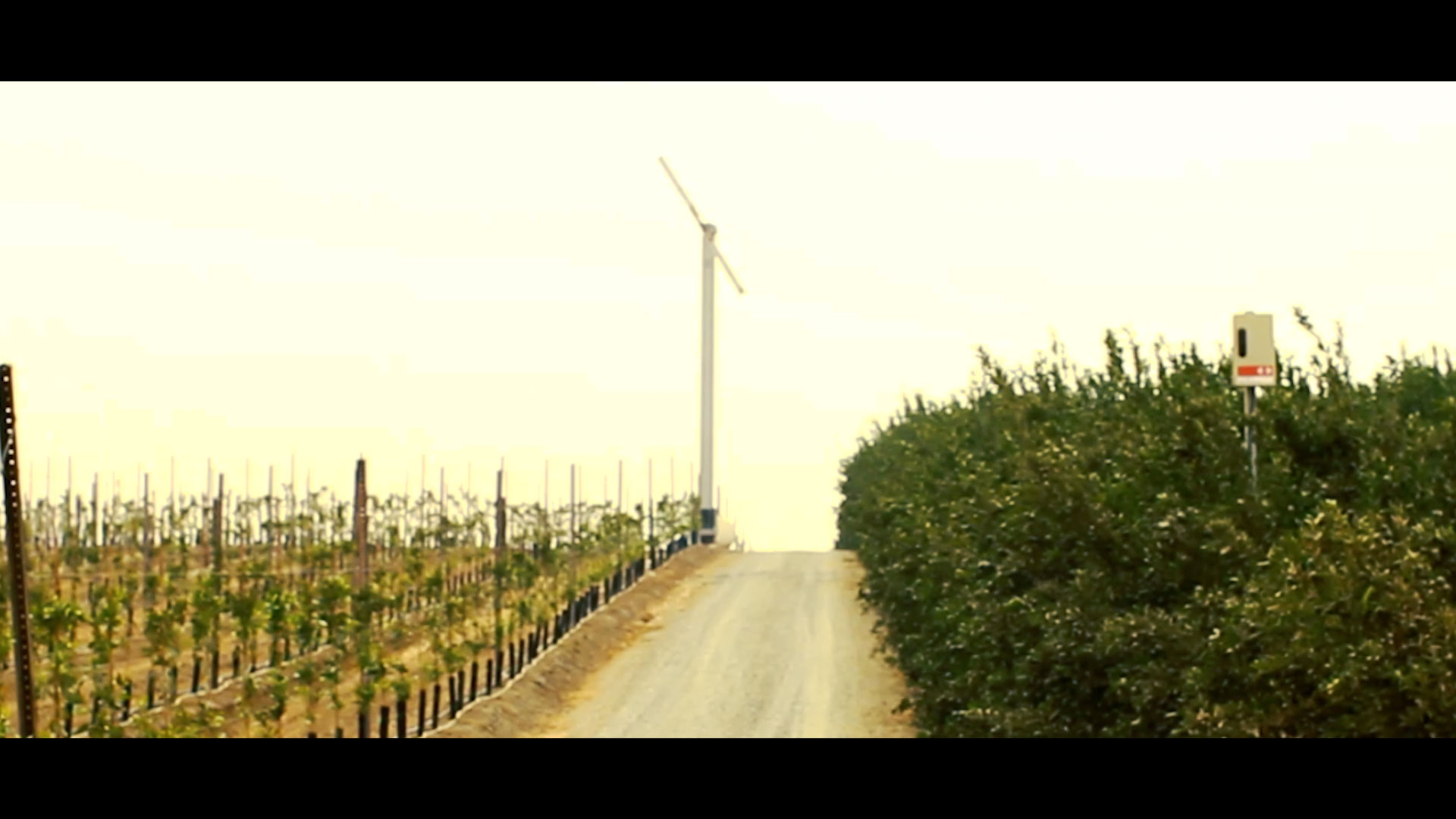 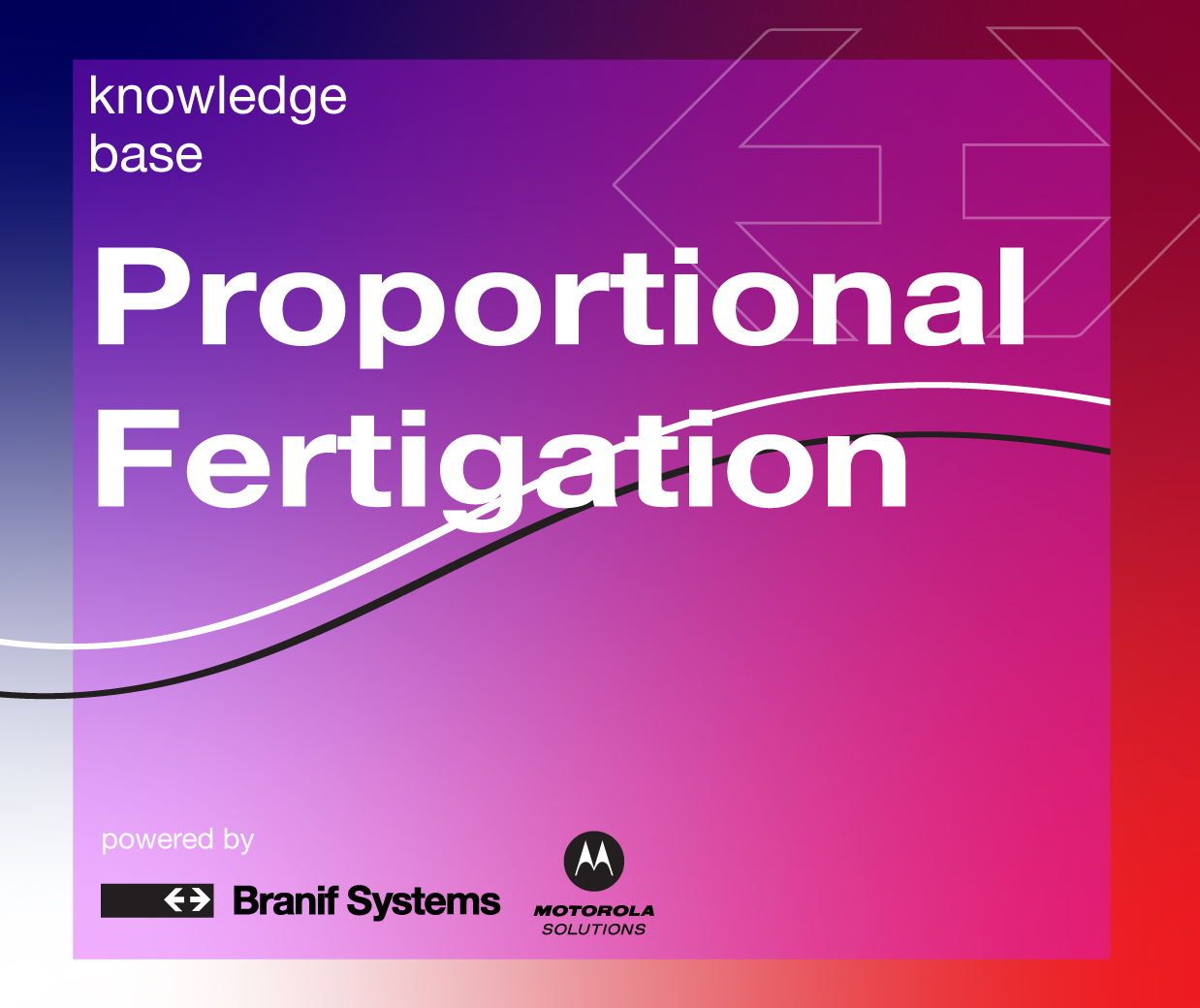 What is Proportional Fertigation and how does it work within the Motorola Irrigation System? We show you our perspective. 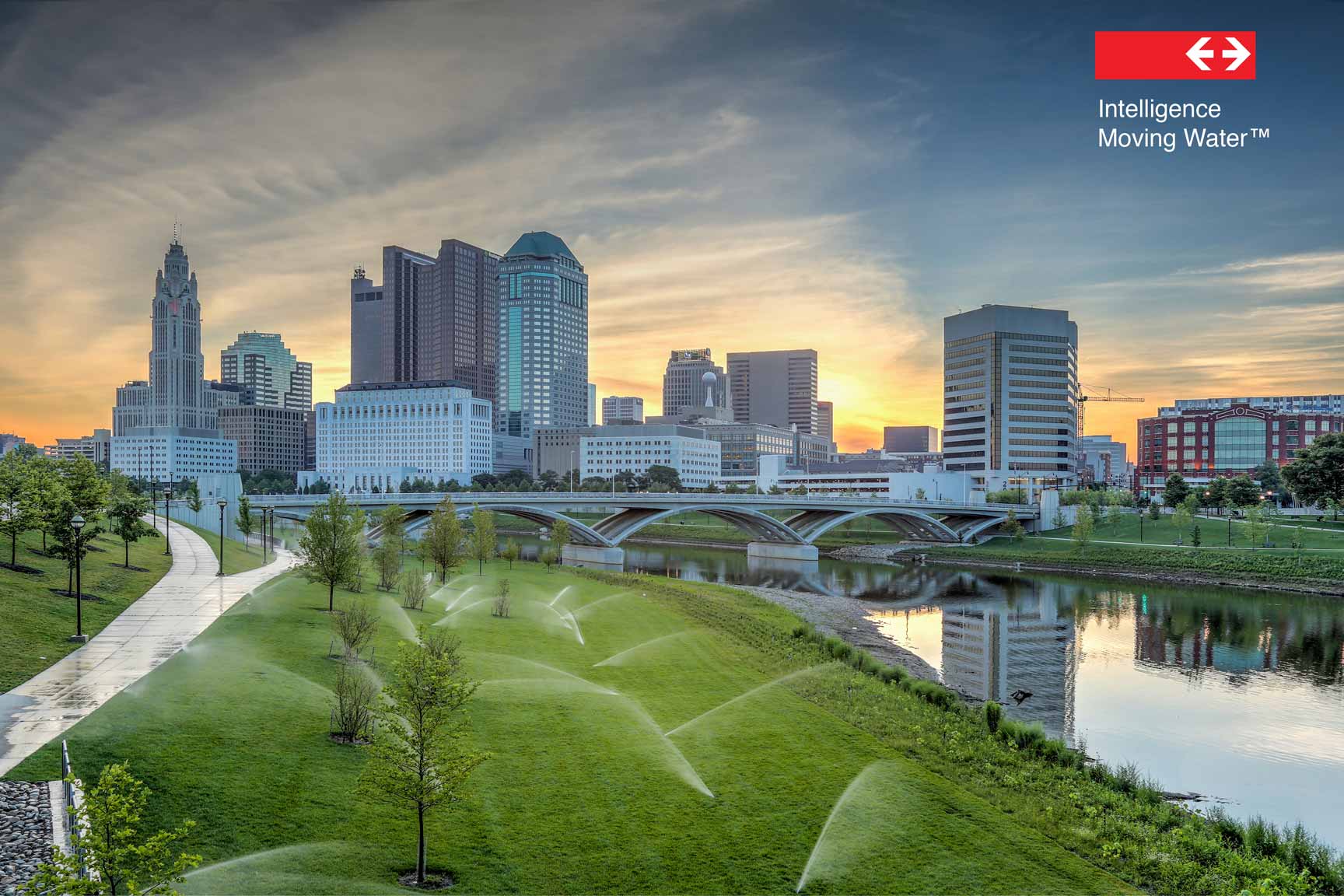 Saving Water - The Future, no longer a Fad